Even though not technically a castle, Kylemore Abbey certainly looks very much like one. Originally built as a private home, Kylemore is now home to an order of Benedictine nuns. (Judy Enright photo)

Aren’t castles just a perfect embellishment to the misty, emerald green landscape that was once the playground of kings, queens, knights, lords, and ladies? Throughout the country there are assorted castles, one more interesting than the next, and each with a lengthy history. Some are still intact while others are broken down, but each inspires the imagination and makes a visitor wonder who built them, who lived there, and when?

While not technically a castle, the home Mitchell Henry built for his wife, Margaret Vaughan Henry, at Kylemore in Connemara is often mistaken for one.

Formerly a girls’ school, the beautiful building and Victorian walled gardens are now run by Benedictine nuns originally from Brussels . The school is closed but the public is invited to tour certain areas of the Kylemore building as well as the extensive and well-maintained gardens. Lunch is available there as well and the attraction is very popular with tour companies so it can be crowded at times.

But when you are in the west of Ireland, Kylemore Abbey has always been highly recommended as a place to visit. While the attraction is now closed in line with the country’s Covid restrictions, the online shop is open. See kylemoreabbey.com for details and if you can visit in the summer, hopefully the building and many other sites will be open and the virus will be under control.

In other parts of the country there are basic but functional tower houses that were also known as castles. Granuaille (Grace O’Malley in English), the Irish pirate queen, had several of these “castles” at strategic locations near the sea in Co. Mayo. Be sure to visit Rockfleet (also called Carraigahowley) if you are in Newport and also Kildavnet on Achill Island. 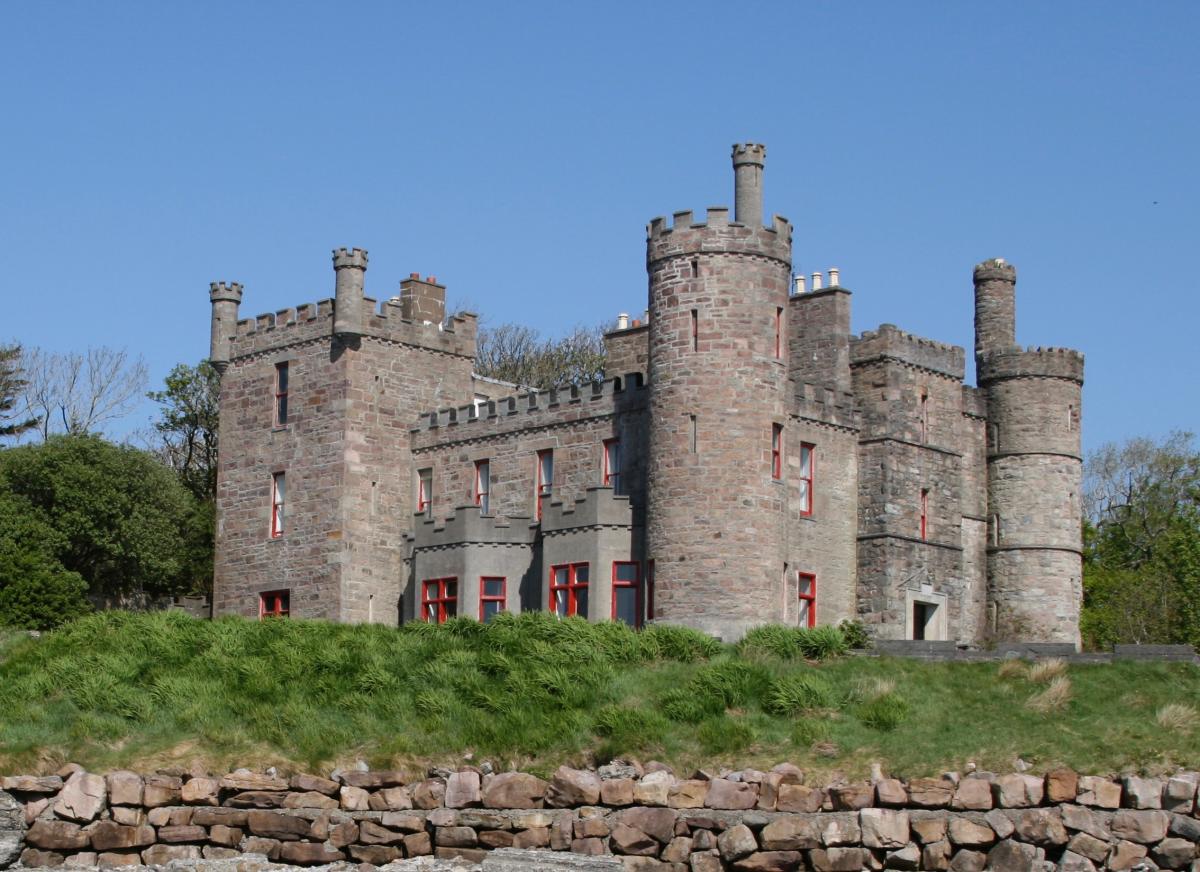 DRIVING on the ISLAND

As Ireland welcomes more tourists in the spring and summer, the question of driving there (on the “wrong” side of the road) is always raised. Driving in Ireland might well be called a challenge for those of us who are so accustomed to driving on the right.

In addition, in some parts of the country where Irish is the spoken language, road signs are in Irish, too, which can make driving a bit daunting.

But the Irish, good folks that they are, have accepted that not everyone who drives the roads speaks English or Irish, so they have designed a series of signs that leave little doubt about the message.

A zigzag line indicates that a road ahead is as curvy as the line portrayed on the sign and maybe more so. We saw several signs that depicted a car or person falling into the water from a ledge. A friend saw the sign with the car and asked, “Why would anyone want to do that?”

Some signs just make you laugh out loud, such as the sign my sister photographed in Dublin at a surgery that said, underneath the office designation, “Bicycles will be removed.” Ouch. 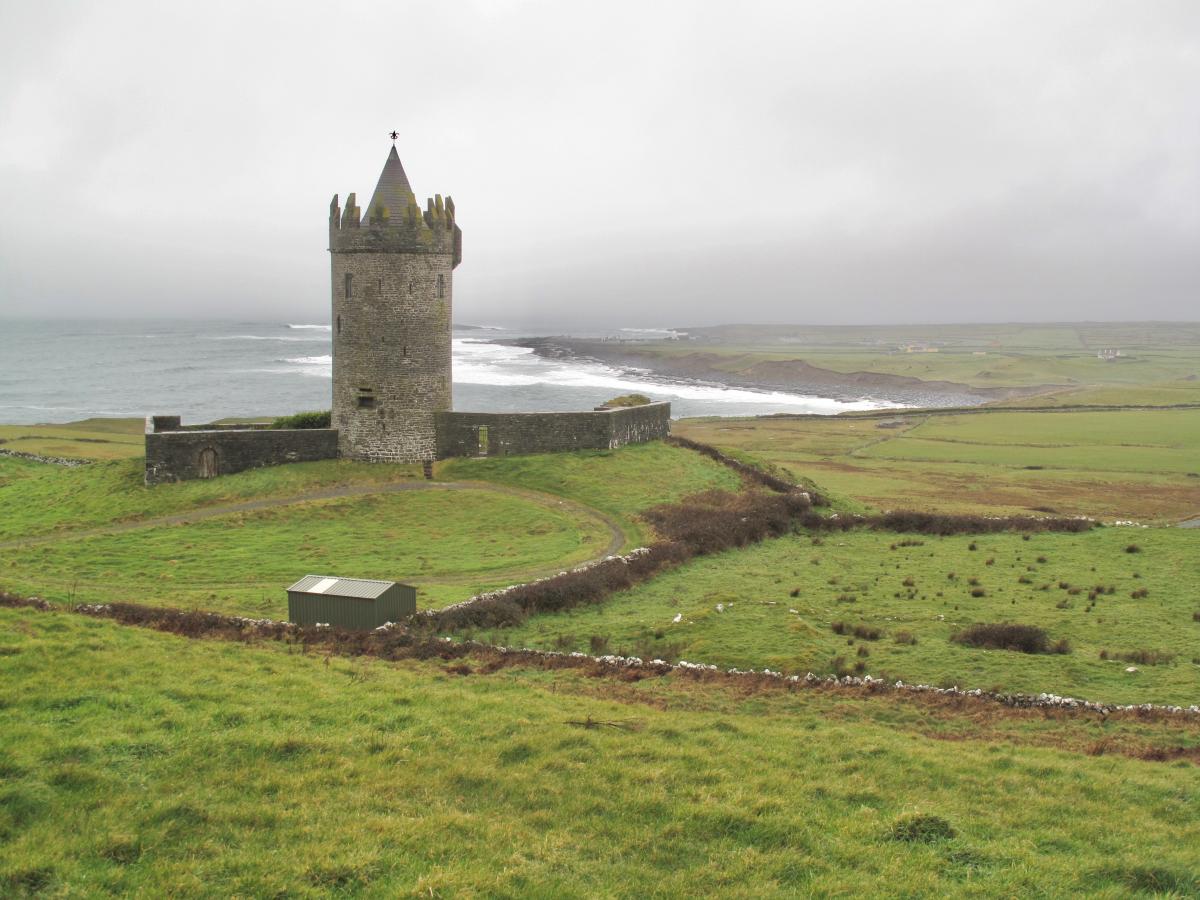 Ireland’s beauty hasn’t changed over the years, but the economy has changed a lot and travelers are generally looking to get the best value for their money. Airlines like Aer Lingus (my personal favorite) assess demand and cut flights in and out of Ireland accordingly. My favorite Irish airport – Shannon, which is small and accommodating – has seen fewer and fewer flights directly from Boston over the years and that makes me very sad because it’s such a comfortable and easy airport to fly into. Luggage collection and customs are a breeze – as opposed to Dublin, which is extremely busy and can be confusing.

Exchange rates are beyond everyone’s control, but we always hope for the best when changing dollars for the euro over there.

Any and all stress related to going to Ireland is well worth it because the country is fun, friendly, relaxed, beautiful, and incredibly photogenic. It is the most beautiful island and we are always happy when we see tourist numbers on the rise. 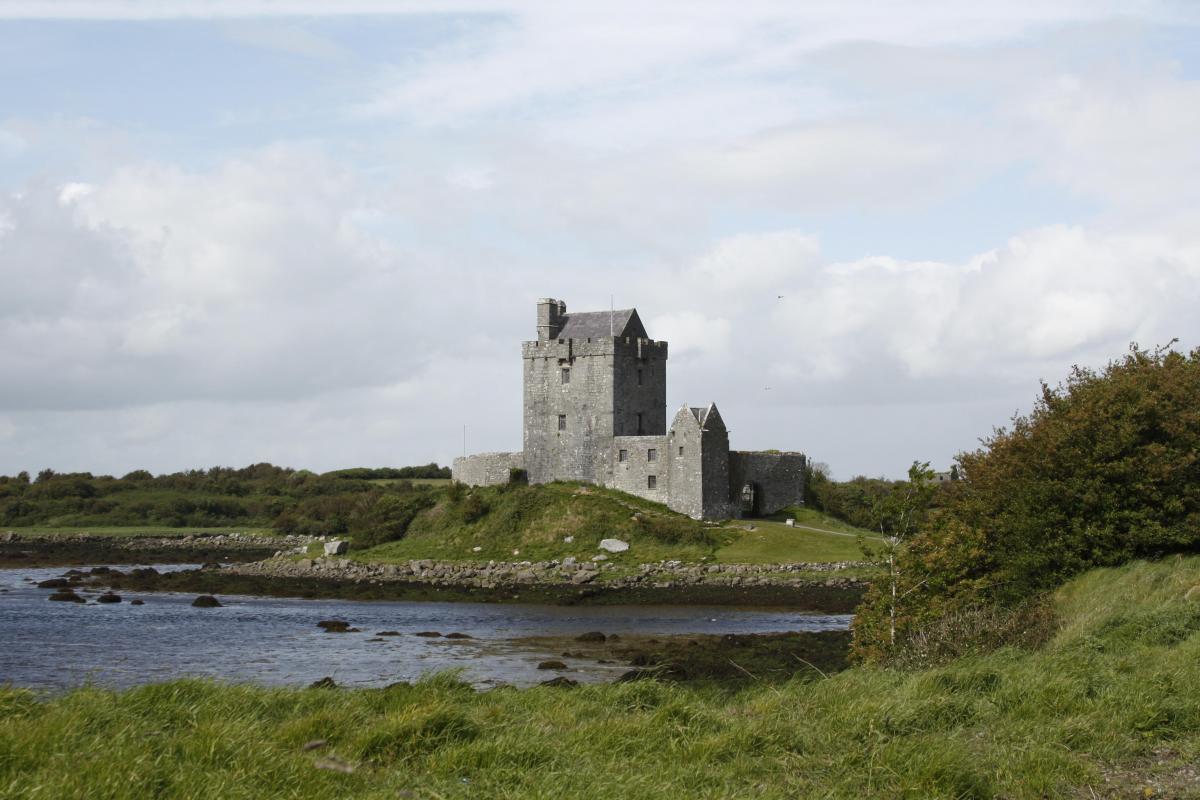 About 10 years ago, a Greenway-Cycleway was opened from Newport to Mulranny and extended to Achill Island after that. The idea has caught on and other greenways/cycleways have since opened in other parts of the country to provide residents and tourists with almost entirely off-road cycling and walking paths.

The Mayo Greenway follows an abandoned railroad line that once ran from Westport to the Achill Sound terminal, just before the Michael Davitt bridge to the island and across the road from the Óstán Oileán Acla/Achill Island Hotel. The old railway was used from 1894 to 1937 and its most famous feature is the viaduct over the Newport River at the bottom of the main street in Newport, near The Granuaille pub and Newport Post Office and across from the entry to Newport House, a well-known manor house hotel.

Energetic souls interested in taking a spin along the Greenway-Cycleway can rent bicycles there.

If you have never visited this area of Ireland, I recommend it highly – especially Achill Island. I spend most of my time in this area and it is delightful as well as beautiful, has wonderful food, music, shopping and more. 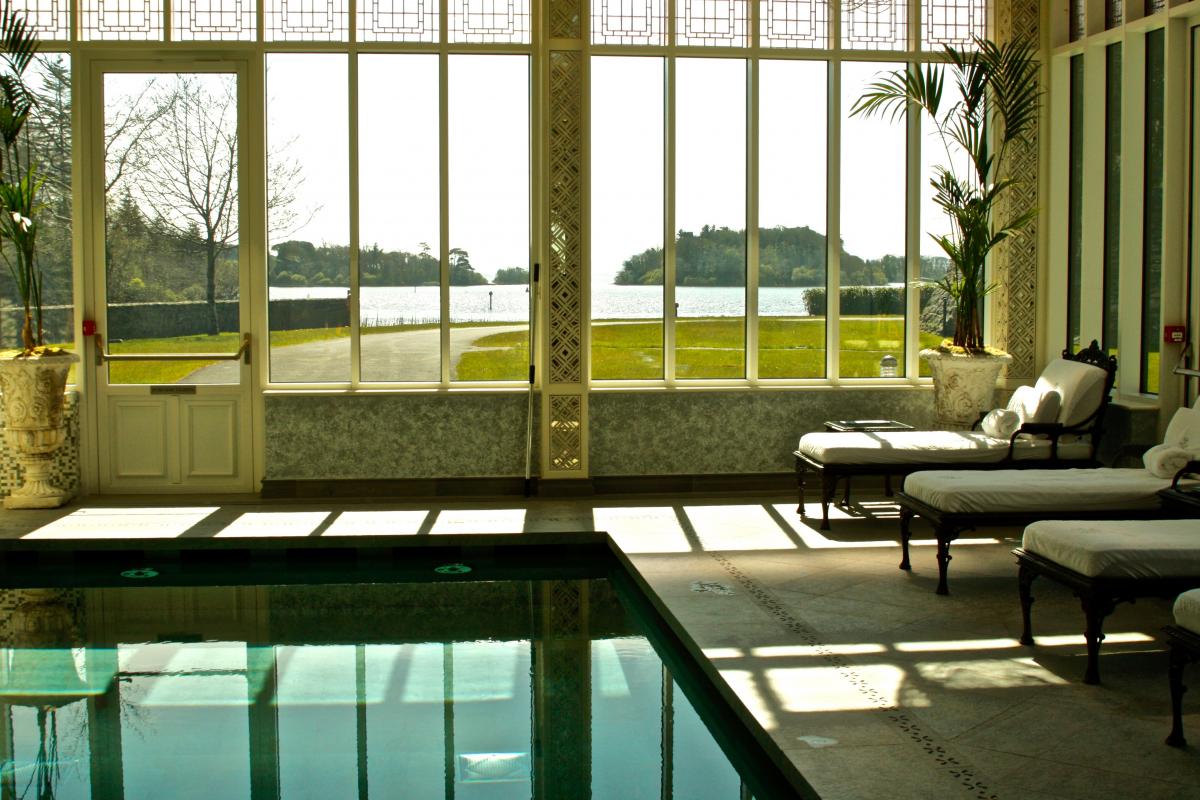 Ireland is bursting with spring flowers after a long, cold winter. Doors and windows have been flung open to welcome the fresh air of spring and Ireland is ready for visitors who can accommodate pandemic limits.

Enjoy your trip whenever and wherever you go and don’t forget to check the internet for the latest travel specials, especially air and ground deals with Aer Lingus and other international carriers. Check also with your favorite travel agent.

And, when you’re in Ireland, be sure to stop by the Failte Ireland tourist board offices (marked by a huge green shamrock) for details about festivals and other activities, to secure accommodation, and to learn all about the area where you’re traveling.