Poulnabrone Dolmen in the Burren is a must see when you're in Co. Clare. (Judy Enright photo)

Just do it! There’s no time like the present and you know you want to!

It’s easy - just hop online - or visit your favorite travel agent - and book a trip to Ireland! You won’t regret it! 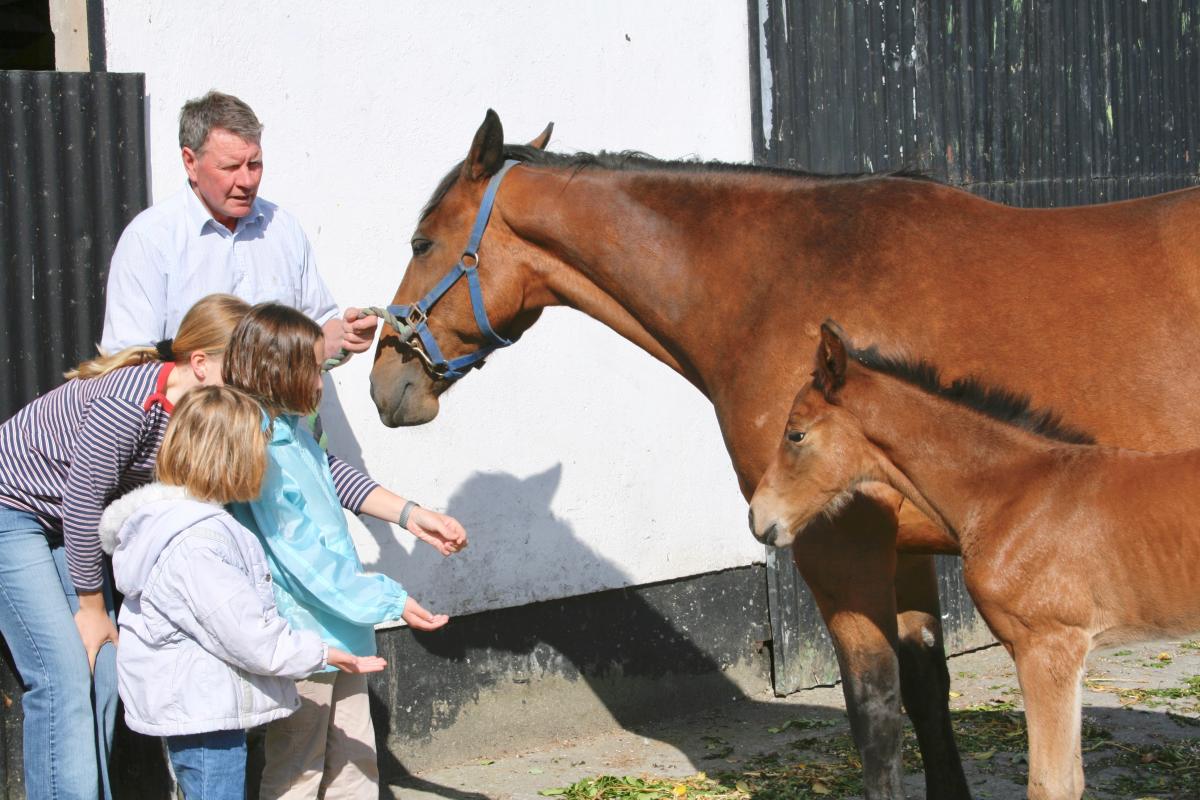 How about staying in a B&B on a working farm like Cahergal Farm in Newmarket-on-Fergus, Co. Clare,? Enjoy farm-to-table breakfasts and spend time the residents, like Michael McInerney shown here introducing some guests to a mare and her colt. (Judy Enright photo)

Ireland is a wonderland of activities for you to enjoy while you’re there. Maybe you have special interests – like hill walking – that make Ireland so appealing? Or maybe you like water sports or golf or history or music or theatre. Whatever your interests, Ireland should be your destination because the small island country has it all.

I’VE ALREADY BEEN THERE

Even though this comment was made years ago, I still shake my head when I remember telling a woman about Ireland and all that the country offers. Her response was that she had already been there.

I was stunned by her response since I’ve visited Ireland every year for more than 25 years and have never once been bored or at a loss for things to see, do, or photograph - never once, not ever in all that time. There is so much to see and experience in Ireland that you really have to work hard to be bored or to even imagine that you have seen and done it all after one visit. 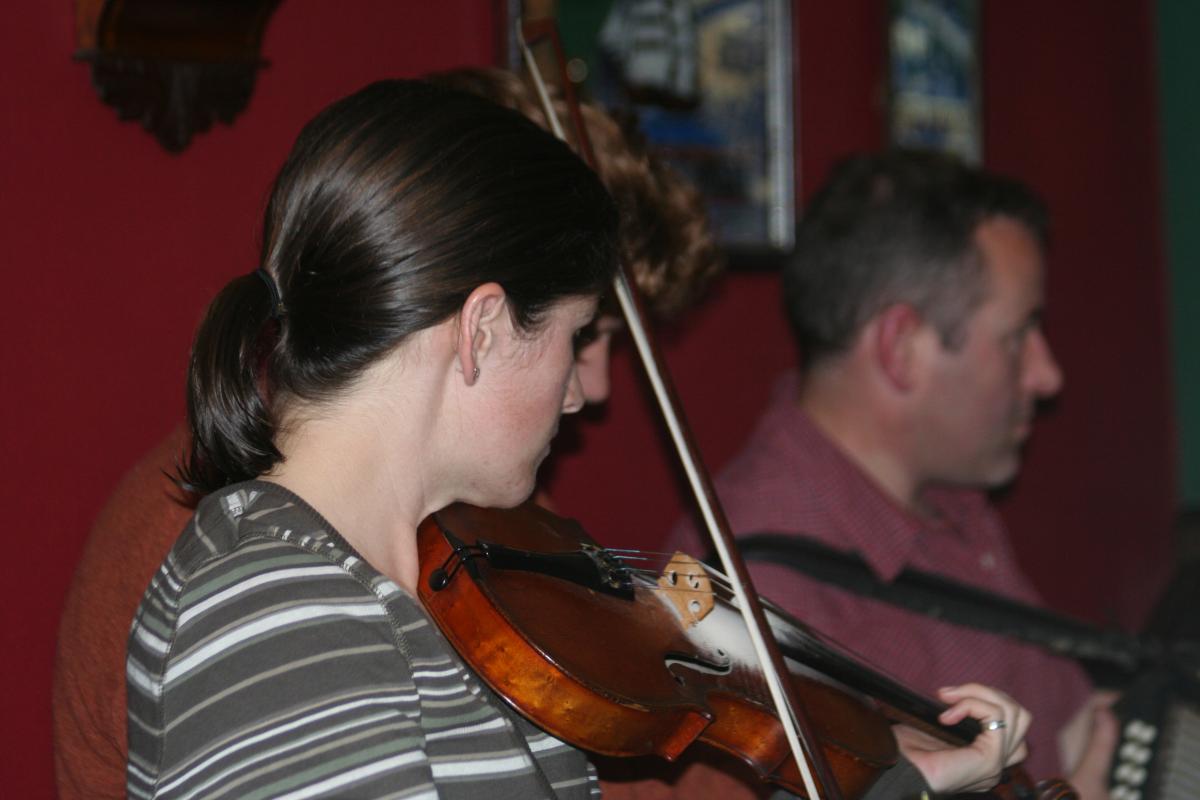 Of course, all the cities offer an immense variety of things to do and see. Dublin, Cork, Limerick, Waterford, Galway, Sligo – each is special in its own way and offerings vary with the city and time of year. There are museums, theatres, libraries, music venues, stores, and restaurants aplenty. You couldn’t see them all in one visit.

And don’t forget about Northern Ireland and the Titanic exhibit in Belfast (as well as other attractions) and that lovely northern coastline with The Giant’s Causeway, Dunluce Castle, and more.

So, what is there to do in Ireland? 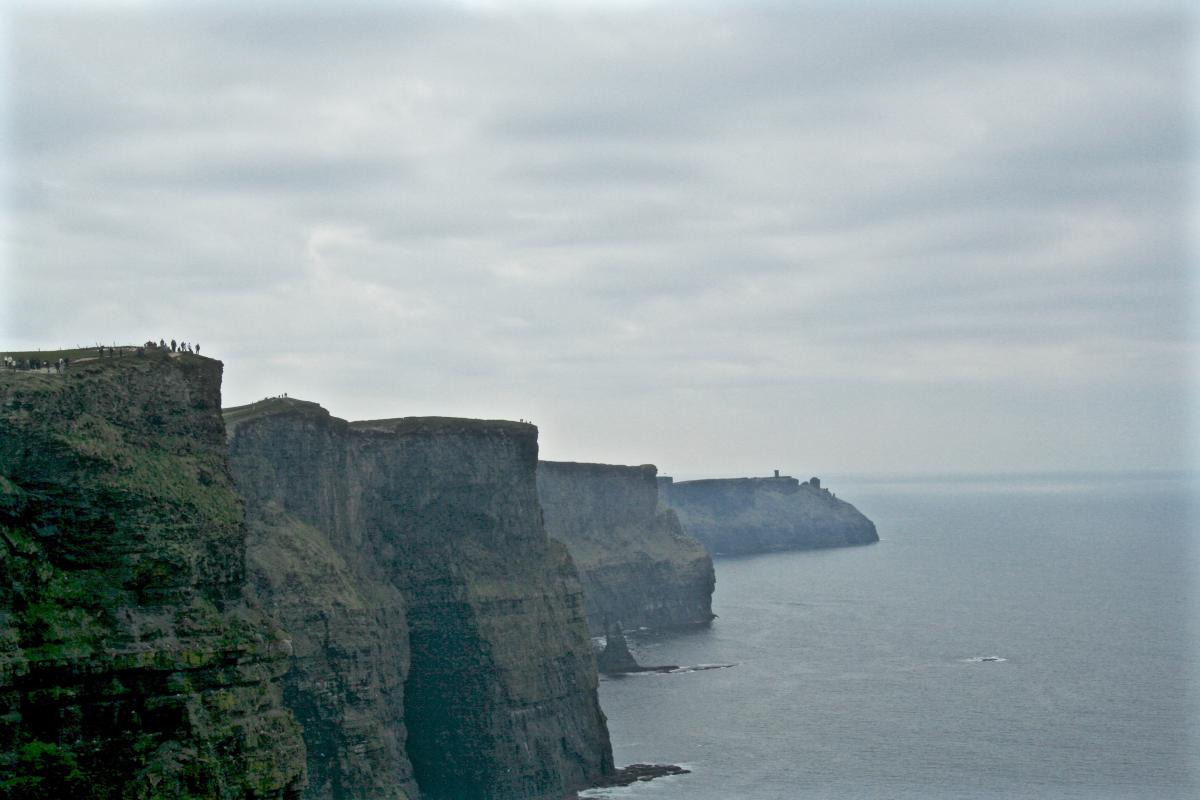 Well, when you’re in Co. Clare to see the Cliffs of Moher (Ireland’s top tourist attraction), you can stop at The Doolin Cave to see The Great Stalactite, which at 7.3 meters (23 feet) is the longest free-hanging stalactite in Europe.

Also put Ailwee Cave on your agenda – it’s nearby. After seeing the cave, you can take in the Birds of Prey show, gift shop and buy delicious Burren Gold cheese that’s made there.

Cruises from Doolin are offered by several companies to give visitors a better view of the Cliffs of Moher from the water. Boats also access the Aran Islands from Doolin. Generally, cruises run from about April to October to take advantage of the height of tourist season, good weather, and calmer seas.

Here’s an evening in Doolin that sounds like great fun. Join Christy Barry and local musicians at his home, Doolin Music House, on Monday, Wednesday or Friday at 7 p.m. for an evening of music and folklore beside the fire. Local artisanal cheeses and Burren Smoked Salmon are served. Advance booking is required. Email: doolinmusichouse@gmail.com

Speaking of smoked salmon, Burren Smokehouse salmon from nearby Lisdoonvarna is delicious and, happily, is sold at Shannon Airport so you can grab a package and a loaf of McCambridge’s bread in duty free before flying home.

Looking for another fun musical evening? Stop by Fitzpatrick’s Pub in the Hotel Doolin from 9:30 p.m. Friday through Monday night for a live traditional music session. See hoteldoolin.ie for more.

Live music sessions are also offered Friday and Saturday at Fawl’s Railway Bar in Ennis and at the Armada Hotel in Spanish Point. Check out glor.ie too for events in February in Co. Clare.

Be sure to stop into any of the many pubs around the country that advertise music in the evening and watch as area musicians, armed with their instruments, wander in, sit down and take up the beat as if that night’s musical presentation was planned well in advance, which it was not.

Stop by the John P. Holland Centre in Liscannor, Co. Clare, to learn about the famed inventor who engineered the modern submarine. Although his first concepts actually sank, Holland kept at it and delivered the first working submarines commissioned by the US Navy and the Royal Navy. See johnphollandcentre.com for more. The Centre is open seasonally. 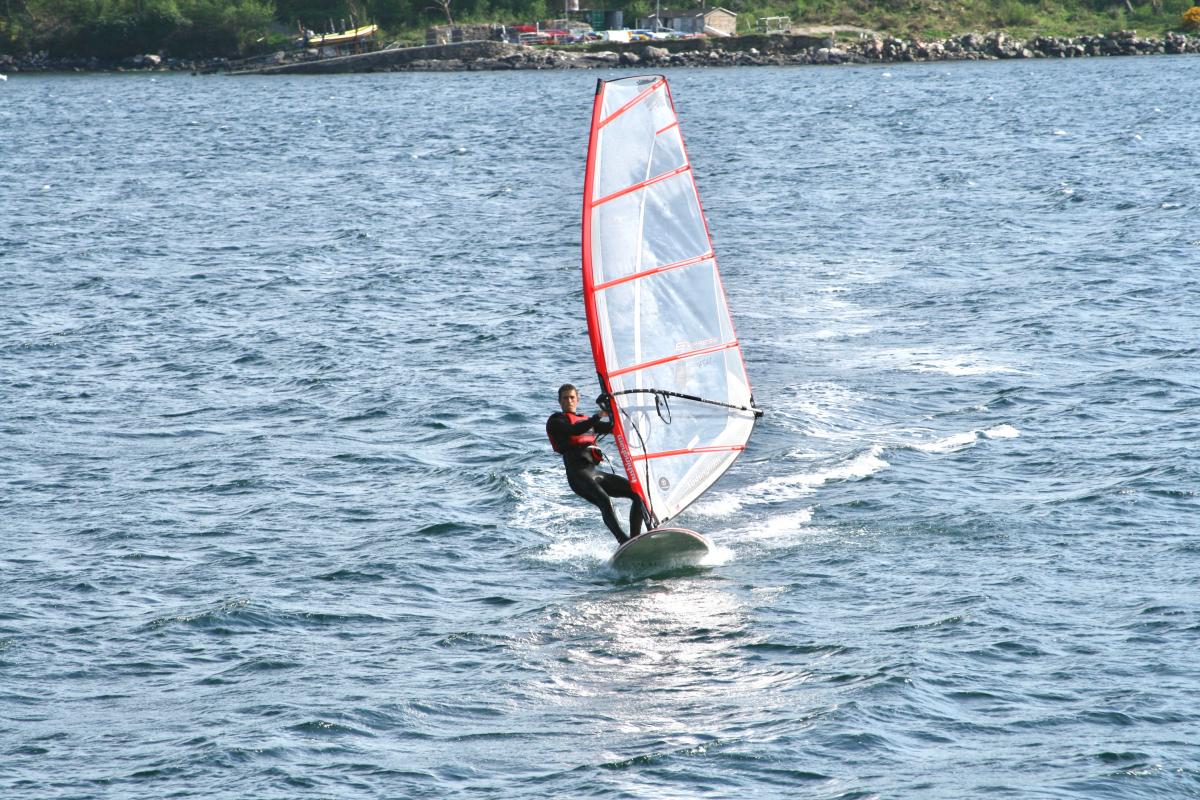 Looking for active adventure while you're in Ireland? The country offers so many water sports and other activities like cycling, hill walking and much more. (Judy Enright photo)

Why not take a walk around ancient and venerable monasteries and abbeys like Clonmacnoise, Burrishool, Monasterboice, Ross Errily, Kells and Kilfenora Cathedral, Glendalough, and marvel at the ancient carvings and abilities of those early builders and artists.

Stay in a B&B where you’ll meet the family and find out about area attractions and things to do. One of my favorite B&Bs is Cahergal Farm in Newmarket-on-Fergus, just minutes from Shannon Airport (also my favorite Irish airport), where delicious, fresh breakfasts are made and served by Noreen McInerney. Then walk out to the farmyard with her husband, Michael, in the spring sunshine to greet the farm’s newest colts, lambs, chicks, or calves. B&Bs offer a close-up view of Irish living and are often friendlier than hotels.

When you board your Aer Lingus flight this month, you’ll no doubt notice that crew members are sporting new uniforms. Fashion Designer Louise Kennedy’s designs will debut after Feb. 10 to include trousers and dresses for female crew members as well as new coat and jacket designs and easy-care shirts and blouses. Color remains green but with touches of navy blue and the fabric is said to be extra stretchy for comfort on those long flights.

There are also reports that Aer Lingus has plans afoot to increase the transatlantic fleet from 17 to 30 planes by 2023, growing its A330 fleet to 16 aircraft and purchasing 14 new A321LRs to increase flights to Orlando, Miami, and Seattle.

If you’re a whiskey devotee, you’ll be delighted to know that there are now more than 30 whiskey distilleries in Ireland that invite enthusiasts and rookies alike to see, smell, and taste Uisce beatha, the “water of life.” Whiskey has been distilled in Ireland since the 6th century, but there is now a global renaissance and it’s a perfect time to take a distillery tour and try different blends.

You probably know the names Jameson, Bushmills, and Tullamore D.E.W, but have you heard of or tried Clonakilty, Glendalough, or Echlinville?
The Old Bushmills Distillery on the Causeway Coastal Route is the oldest working distillery in Ireland and one of the few in the world that still distills, blends, and bottles under the same roof.

You can try Irish whiskey at any of four distilleries in the Liberties area of Dublin, each of which offers tours and tasting. There’s Roe & Co Irish Whiskey, Teeling, Pearse Lyons boutique distillery, and Dublin Liberties Distillery.

Other whiskey destinations to visit in Ireland include: Dingle Whiskey Distillery in Co. Kerry; Slane Distillery in Co. Meath, and Echlinville Distillery In Co. Down. And while in Dublin, be sure to stop by the Irish Whiskey Museum on Grafton Street where there are over 100 different types of Irish whiskey.

You can see from just this brief listing of some travel/attraction options that even if you have already visited Ireland there is so much more to see and do the next time you visit. Take a guided tour (there are many that offer a specific focus), join a cycling tour of Connemara, play golf in the North, relax at a spa in one of the country’s luxury hotels (Ashford Castle for instance) – those are just a few suggestions.

So, just do it!! Book that trip to Ireland and make 2020 a year in Ireland to remember!