BY JOE LEARY
SPECIAL TO THE BIR
More confusion, anger, and misleading statements mark the continuing process to facilitate Britain’s leaving the 27-nation European Union, which would be humorous if it were not so important to the people of Ireland. The British have voted to leave the organization that was created to initiate cooperation and healthier economies amongst European countries that had many years of war between them. However, the people of Northern Ireland, still a part of Britain, per the 1922 partition of Ireland, and Ireland itself voted to stay with Europe.

There is a 313-mile border between Ireland and Northern Ireland, and it is the only land border between Britain and the EU requiring special agreements to deal with trade and the free passage of people. This situation presents a major problem for Brexit negotiators. The hard-liners, including the Protestant conservatives in the North, want a strong border complete with barriers and check points to reinforce their claim for staying with Britain.
The border was created in 1922 by Britain to keep warring Catholics and Protestants apart. Six of the nine counties of Ulster were attached to Britain in the partition because the other three had Catholic majorities and stayed with the South. This separation has caused thousands of deaths, shootings, and bombings since that time.
It is generally agreed that Ireland, North and South, would both be far stronger if they were together again and not set apart by this unnatural border less than 100 years old. The religious demographics have changed since 1922. According to the latest population figures, there are 6.8 million people living on the island of Ireland. There are 4.8 million in the Republic of Ireland and 1.8 million on Britain’s side of the border. It has been estimated that less than half, or 14 percent of all of Ireland, mostly Northern hardliners, would vote to stay with Britain if they had the chance to return to Ireland.
The Brexit problem is whether or not the border will be closed to free travel and free trade, thus preventing the people of Ireland free access and trade with each other as each European country will have to do at their airports. This is no easy task since Ireland is very small in terms of population, geography, and power.
The new prime minister of Ireland, Leo Varadkar, is working hard to see that Ireland is treated fairly. He has the backing of the rest of the EU members, and Ireland’s Foreign Affairs Department and the Investment Development Authority, both extraordinary government agencies, are working with him.
But these are not the only issues. Recent polls indicate that the British people have changed their point of view and would most likely vote to remain with Europe. But the conservatives in Britain and the hardliners in Belfast (the DUP) want to leave and are not permitting another vote.
Britain’s Prime Minister Theresa May has to negotiate with the Europeans while keeping her home constituencies happy. And Britain is not the land of shy politicians. Some political leaders are so critical of May’s performance that they are openly talking about her resigning as prime minister within the short term.
Last month, May faced a revolt by her own party; it voted against her by taking away her power to sign any agreement with Europe without getting legislative approval first. This, of course, curtails her negotiating power rather severely. In the aftermath, she had to agree not to set any settlement dates until she received Parliament’s approval first. The separation date is currently set at March 29, 2019.
Before the real negotiations began the Europeans required agreement on three things: The amount of money Britain would pay to the EU for current obligations. The offer is 39 billion pounds (41 billion US dollars.) Solutions to the question of European citizens current living in Britain. Would they have to go back to Europe, for example? And, most critically, the Irish border question.
No sooner had May delivered the answers than Britain’s chief negotiator, David Davis, stated that the answers provided represented a gentleman’s agreement, not a legal document. To which Europe’s chief negotiator, Michel Barnier, responded, “There is no going back.” Doesn’t sound like they are all on the same page.
It is evident that Britain is going to have a difficult time over the next two years no matter what direction the talks take. No one should make a big bet on anything. 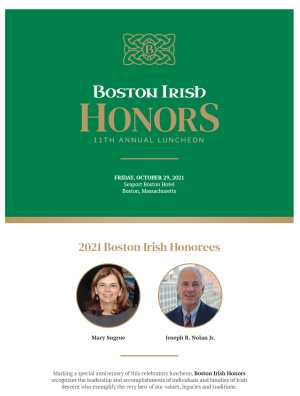