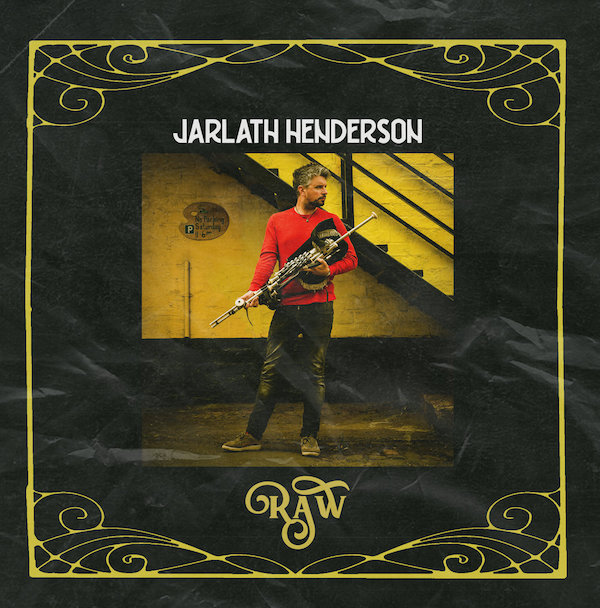 Jarlath Henderson, “Raw” • Glasgow-based Henderson – Armagh-born and raised in Tyrone – is one of those rare performers who seems able to do it all: a gifted singer who’s a superb instrumentalist in both the melody and rhythm domains. You don’t have to take my word for it, since he’s a three-time All-Ireland uilleann piper (also equally proficient on flute, whistle, guitar, and cittern) and was the youngest musician to win the coveted BBC Young Folk Award. More to the point, you can listen to his past work, especially his first solo release from 2016, “Hearts Broken, Heads Turned,” which won all matter of acclaim for its inspired arrangements of traditional folk songs like “Courting Is a Pleasure,” “Farewell Lovely Nancy” and “Rambling Boys of Pleasure,” creatively integrating electronica, rock, and jazz.

“Raw” puts the spotlight more on Henderson’s musicianship, with 8 of its 10 tracks consisting of traditional, contemporary, and original tunes. And as the album title suggests, the music is presented in a more straightforward, less-layered manner than on “Hearts Broken”; this serves to spotlight his supple, electrifying touch on the pipes and also heighten the presence of his accompanists: Hamish Napier (keyboards), Innes Watson (acoustic guitar), and Duncan Lyall (double bass, synthesizer).

The virtues of this approach are apparent on the very first track, a reel medley titled “Kitty,” as Napier, Watson, and Lyall lay down a luscious rock/funk-flavored backdrop for Henderson’s medium-speed rendition of “Kitty Gordon” – you can practically feel the relish with which the four strut through it  – before he turns up the tempo for “The Flood on the Holm” and “McKenna’s No. 2.” As is the case throughout the album, Henderson’s bandmates seem to accentuate just about every rhythmic variation or ornamentation he puts on a tune, and the effect is often exhilarating.

Napier’s jazz-inflected playing, especially on electric keyboards, is a perfect complement, such as his masterful turns on the mazurka-like “Robin’s” (and the two jigs that follow), and his subtle underpinnings on “Jana,” on which Henderson switches to low whistle, not to mention his solo during a rollicking pair of barn dances credited to Northern Irish accordionist Eddie Duffy.

But that’s not to overlook Watson, who gives a particularly fine account of himself on the “Boys” set – capering steadily along on a D chord through a good chunk of “Boys of the Lough” and then changing up the accompaniment into stop-and-go bursts on “The Gatecrasher” until settling into a groove for a rousing “Wind That Shakes the Barley.” Lyall’s synthesizers add some striking textures and drones on this track and elsewhere, including the solemn “First Do No Harm,” a lament for four doctors of Medicine Sans Frontiers slain in Syria, written by Henderson, himself an MD.

A highlight of the album is “Pony,” which starts with Watson flatpicking the song air “Sean O Dubhair a Ghleanna” alongside Lyall’s understated bassline, joined by Henderson and Napier; there’s a bridge, and then Watson and Lyall set a rocking beat to kick off the four-part jig “Langstern’s Pony” (also known as “Langstrom’s Pony”), on which Henderson pulls out all the stops.

Happily, “Raw” also gives some attention to Henderson’s singing, with his exquisite phrasing, enunciation, and timbre – often compared to Paul Brady but deserving of its own recognition – given center stage. His rendition of the lament “The Trees They Do Grow High,” backed by Napier’s gently elegiac piano, is sorrowful without being maudlin. By contrast, Henderson’s uilleann pipes are the backdrop for “The Wounded Hussar,” creating a tension and intensity that goes to the very definition of “raw.” [jarlathhenderson.bandcamp.com] 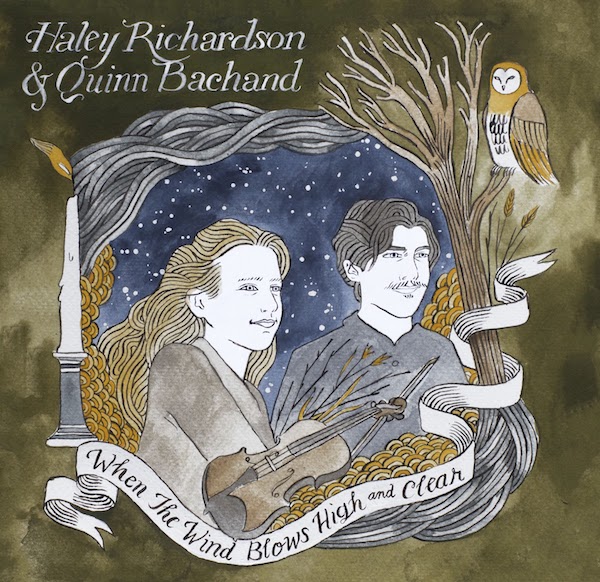 Haley Richardson and Quinn Bachand, “When the Wind Blows High and Clear” • A pair of young musicians with intriguingly contrasting backgrounds: New Jersey native and North Carolina resident Richardson is a seasoned, All-Ireland champion fiddler in the Sligo style who at 17 has already put together a thoroughly impressive performance resumé that includes The Burren Backroom and “A Christmas Celtic Sojourn”;  Berklee College of Music alumnus Bachand, from British Columbia, is a multi-instrumentalist – guitar, mandolin, bouzouki, bass, keyboards, and percussion – whose musical tastes extend well beyond Celtic and folk to include jazz and grunge rock (among others), and known for his collaborations with his sister Qristina and performers like Jeremy Kittel, Ashley MacIsaac, and Natalie MacMaster.

“When the Wind Blows High and Clear,” their first album, earned an “Ensemble of the Year” nomination for this year’s Canadian Folk Music Awards, and it’s easy to see why.  Their talents are abundantly clear, but so is their rapport with one another, enabling them to build off their distinct perspectives and personalities – Richardson’s grounding and discipline associated with the Irish fiddle tradition, Bachand’s experimental bent encompassing different genres – and create a sound rooted in tradition with plenty of room for exploration.

At a different point along the spectrum is their unconventional approach to the air “The Dark Slender Boy,” as Bachand frames Richardson’s stirring lead with a dramatic piano arpeggio and crashing guitar chords – not overriding the melody but lending it a certain tautness.

Both show themselves to be pretty good shakes at composing tunes, too: Richardson’s “The Whippet” provides a powerful close to a set that opens with Bachand doubling on mandolin and bouzouki for “O’Carolan’s Favorite” and segues into Paddy O’Brien’s “Burning Brakes”; her other originals are the playful “Maeve’s Cat Eye” and “100 Feet of Terror” – which, paired with the traditional reel “Earl of Hyndford,” is a delicious exercise in swing. As for Bachand, his “Tune for Garth Kempster” glides along smartly and sweetly, adding instruments as it goes along, while “The Jaws of Angus” is a slowly accelerating moody, minor-key jig built on a mandolin-bouzouki-guitar triumvirate (with Séamus Ó Flatharta guesting on low whistle) that leads to Michael McGoldrick’s “Farewell to Whalley Range.”

Richardson and Bachand also each lead a song on “When the Wind,” but frankly, neither track quite matches the standard of the instrumental ones. Richardson’s delivery of “My Dearest Dear” is lovely, but the vocals sound overly reverbed and ethereal where you would wish for something more up-front and substantial; it’s much the same case for Bachand and his take on “Bonnie Miner Lad.” The instrumentation, arrangement, and overall tone for both songs are awfully similar as well.

But the album is a triumphant debut for this duo, whose partnership hopefully will persist through distance and pandemic-related difficulties. [haleyrichardson.bandcamp.com]