Mike Sheehan found himself in a quandary a few years back. As he approached his 60th year, still able-bodied and holding a resume packed with major-league accomplishments, he was unemployed and at sixes and sevens as to what to do next. Not used to that experience, he says, his goal was never to stop working, but  instead to find a new challenge in his work life. 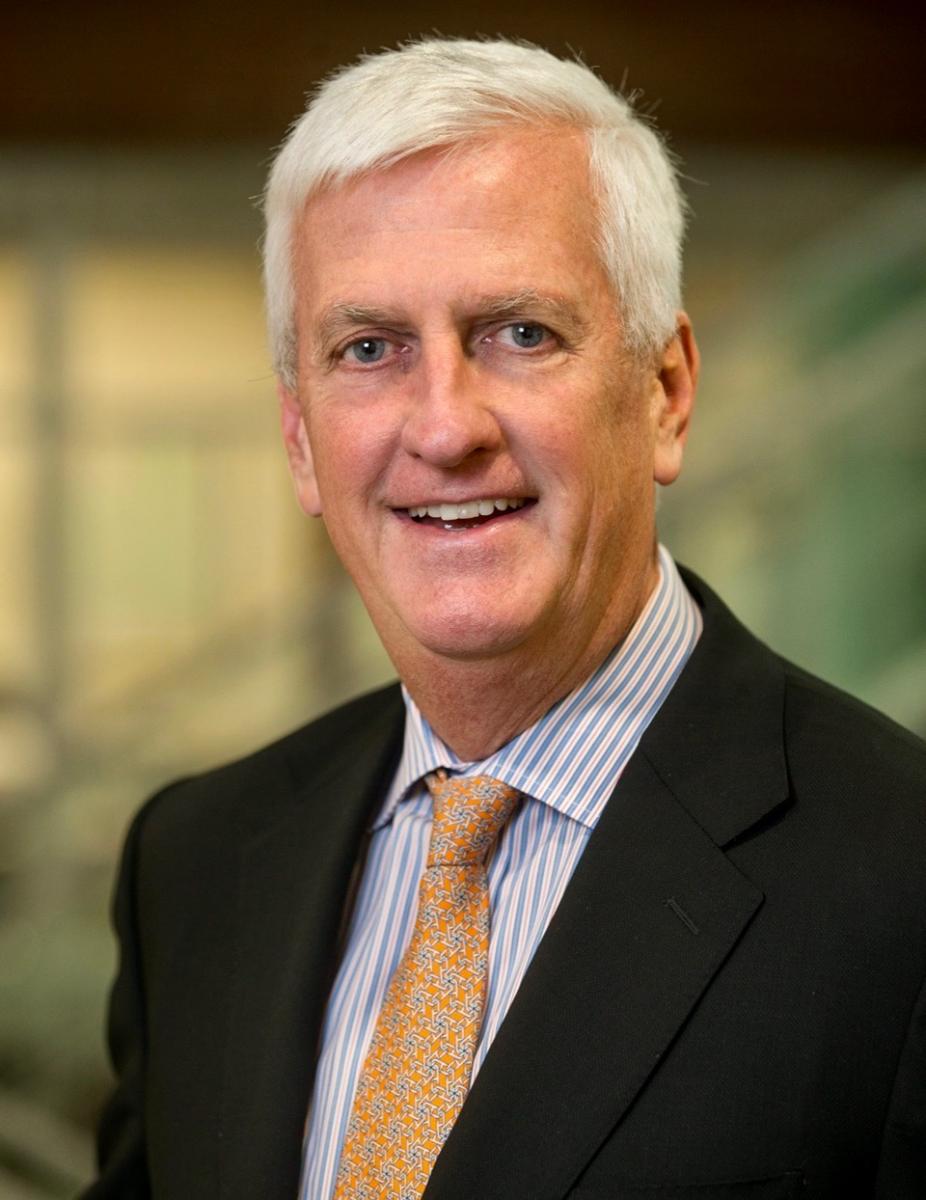 A Weymouth native, he had filled out that resume by moving around more than a bit: A semester at Annapolis, some time at Northeastern University before earning a degree from Saint Anselm College, then jobs as: a nightside reporter at the Patriot Ledger in Quincy, a dayside worker at a small ad agency, then the head position at one of Boston’s leading ad agencies, Hill Holliday, where he spent ten years, before signing on for a time as CEO of The Boston Globe, his last stop on the job train until now.

Over those years, he found time to help out as a board member with non-profits, including Catholic Charities, American Repertory Theater, and his alma mater Thayer Academy.

How to top that portfolio? Well, the peripatetic Mr. Sheehan had this lifelong dream: Building and operating his own restaurant in his home town of Norwell. He had a theory for the case: In a town with no active go-to center, there was no close-by place to go out for a good meal. Why don’t I take care of that problem?

So that’s what he did. Despite no restaurant experience, and the economic and health safety issues brought on by the pandemic, Sheehan went full speed ahead, and in July he opened Cheever Tavern, a contemporary American restaurant at 33 West Street in the center of Norwell.

“When I got here in 2006, I read the master plan of the town and it mentioned the importance of creating a town center. So I read that as kind of interesting. I grew up in Weymouth. I lived in Hingham. But I love Norwell because it’s more of a rural town.“I moved here in 2006 a month before my oldest daughter was born. One thing that struck me about the town was the lack of restaurants, and the lack of a real 'downtown area.' There was a town center, but [it was described] as a place you drive through, you don't drive to.  So you tend to go from Hanover from Route 53 to Scituate on 123 and you might stop at the general store and there's an Irish pub, but other than that, you stopped to get gas. But it isn't a town center.

“And then one night I walked into a tavern, a bar. it was kind of dark and I remember walking out and I was thinking to myself, this would be a great place for a restaurant someday. And so that was probably 2008. Then I had my second child in 2008 and was busy with that kind of busy work. And so it was a concept, but I could visualize clearly in my head what I wanted this to be. It was a crystal clear vision.

“Around 2013, I finished up my 10 years at Hill, so then I did the Globe thing for three years, which was a lot of fun, you know;, it was a good challenge. And then I started doing more consulting work, which kind of leaves some time to think of other things. And I kept driving by the site and saying go myself, ‘I want to do this.’

“I know nothing about restaurants. I am a Dunkin Donuts franchisee in Vermont, but that's a different thing. I don't really know restaurants, so it would be a great learning experience. And I know to my core that there's a market need for restaurant in this location.”

When the bar at the site closed, the property owner, Paul Gallagher, reached out to Sheehan. “Paul called me up and said, ‘The grill is going to be leaving. And I know you've talked about this. Come down and take a look.’ And  it was a pretty grim site. The demo had taken place  but I knew it was going to take a lot to get it back to, you know, match my vision.”

He sought advice from friends with  restaurant and food service expertise, among them Mike Conlon, Steve Coyle, Joe O’Donnell, and his old Hill Holliday friend and mentor Jack Connors

“I think the single best piece of advice that I got came from Jack Connors, who owns the Marshside down in Dennis. He called and said, ‘You have been in thousands of restaurants in your life. You know what a good restaurant is. Trust your instincts and make it what you would like.’”

So Sheehan struck a deal with Gallagher, and hired architect Robert Stansell. “Robert's with Emporium design, which does a lot of New York restaurants. He grew up in Cohasset, lives in Hingham. And so he knows this area. and he absolutely got my vision.  And Nicole Carroll did the interior design, and we just put a team together that, I got to tell you, was really, really good. And they went beyond my expectations of what I thought the place was going to look and feel like.”

“Cheever Tavern is named for Pulitzer Prize winner John Cheever, one of America’s premier authors of the 20th century. Cheever was born in Quincy, and he attended Thayer Academy. His first published short story, ‘Expelled,’ was based on his experience at Thayer. He passed away on June 18, 1982. His funeral was held across the street at the First Parish Unitarian Church, with his eulogy delivered by John Updike. He is buried next to his parents, a few feet from the front door of Cheever Tavern.”

Sheehan says he wanted the best burger on the South Shore, and in a nod to Cheever’s award winning career, he calls it the Pulitzer Shortrib Burger. “It's free to anyone who has won a Pulitzer prize. So far Tom Farragher [of the Boston Globe] is the only one who has taken advantage of it. I get to name names. Some items are after my father (Papa’s Lobster Roll), my daughter (Catherine’s Pappardelle Bolognese)  and my son (Michael’s Fish and Chips.) And, you know, it's kind of fun to do something where you can control it.” 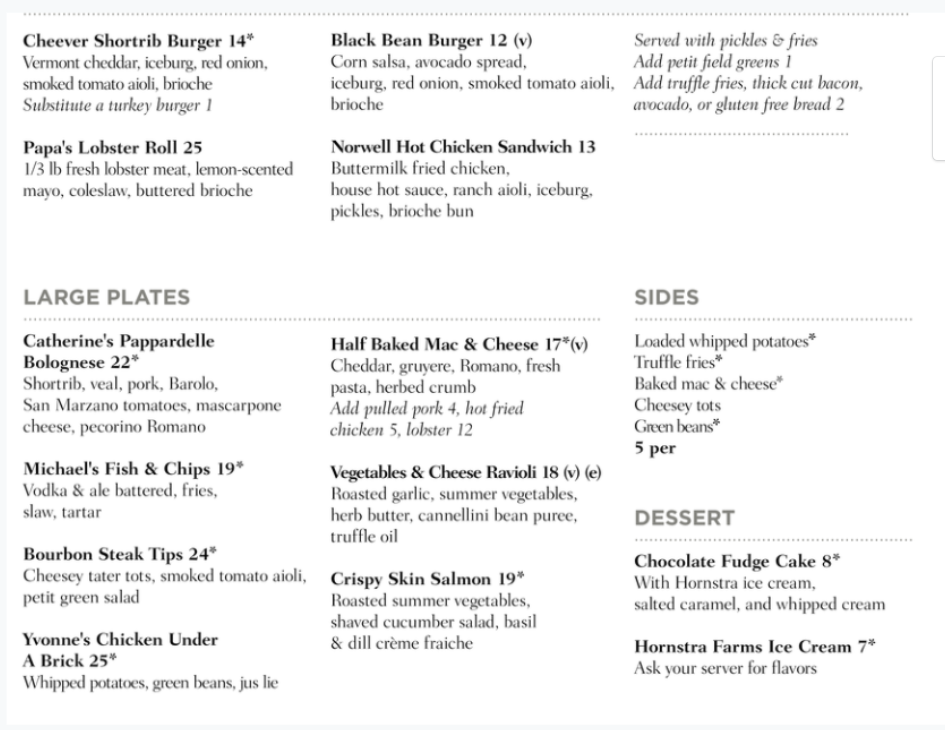 It was pointed out to him that although he’s been a CEO or top manager in his previous jobs, owning and operating this restaurant is the first  time he’s worked for himself. He thought about that for a few moments, then said:

“Yeah, you're right. You know it's a different kind of responsibility. It's funny … but there is an extra, it's a healthy burden, but a burden that comes with the fact that you can't look up and blame anyone when something goes wrong.”